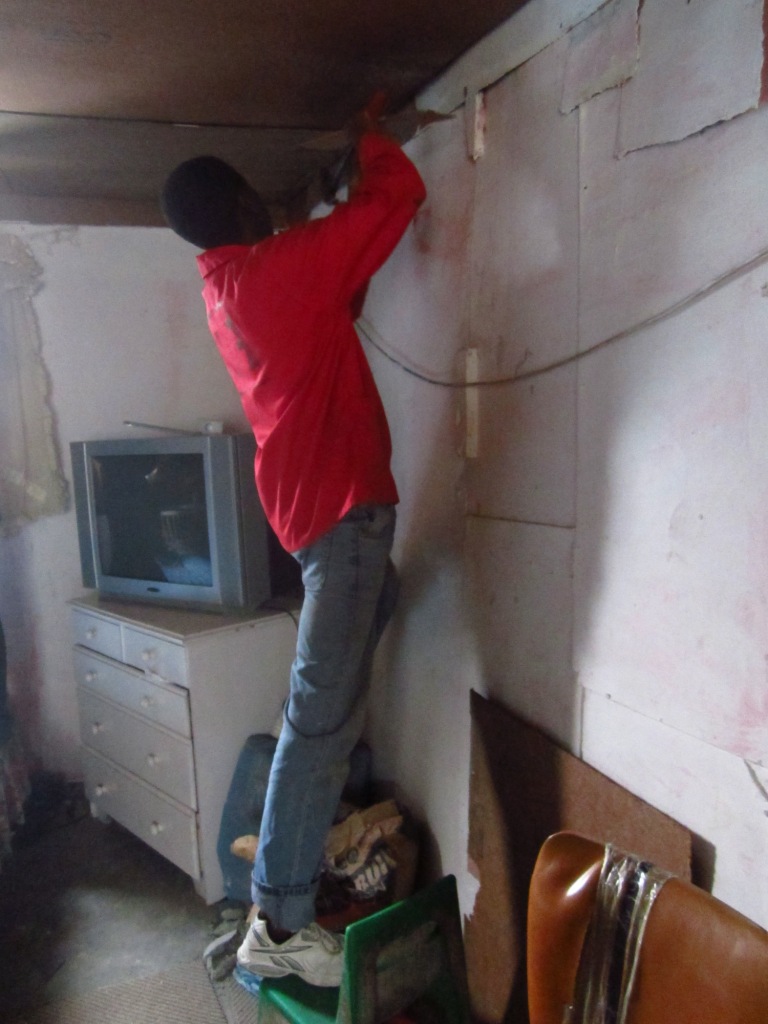 Here in the U.S., we’re enjoying all of the warmth, sunshine, and fun that summer brings. But in South Africa, it’s the middle of winter, and for Cape Town that means strong winds and heavy rainfall. Those dwelling in informal shacks suffer greatly in the winter months, and as you read in our Spring Newsletter, Qaqambani Safety Home in Khayelitsha houses orphaned and vulnerable children in such an informal situation.

While the structure of the home was never ideal, conditions worsened in recent weeks. As the winter rains began, leaks sprung, and the entire roof began to tilt. This allowed rainwater to collect on the roof, causing leaks even when it was not raining. Numerous attempts to use silicon to fix the leaks were unsuccessful, and the caregivers resorted to rearranging all the furniture in order to avoid the leaks. However, when more and more children began to come down with the flu and horrible coughs, they realized that this had become an emergency situation.

Thankfully, because of the trusting relationship that Qaqambani and CHOSA have built over the years, CHOSA was able to assist in the Safety Home’s time of need with an emergency grant. Ms. Mankayi, the “mama” of the home, immediately took action, getting quotations on supplies and overseeing the work. And as of last week, construction is complete! There is no more leaking, and the brand-new roof ensures a safe and healthy atmosphere for Ms. Mankayi and the children in her care. Life can be precarious for the children we serve, but it is through our relationships with community projects like Qaqambani Safety Home that we are able to bring them hope, even in the most difficult of times.