A few days ago, six homes were burned to the ground in QQ Section shack settlement in Khayelitsha.

CHOSA works with the QQ Section community to support their child-related development initiatives such as the QQ Section preschool. Over the years, there have been a number of massive fires in the community – the biggest one destroyed 70 homes and the preschool itself.

The recent fired left about of dozen people homeless and some of them lost everything they owned including clothes, ID books and birth certificates. 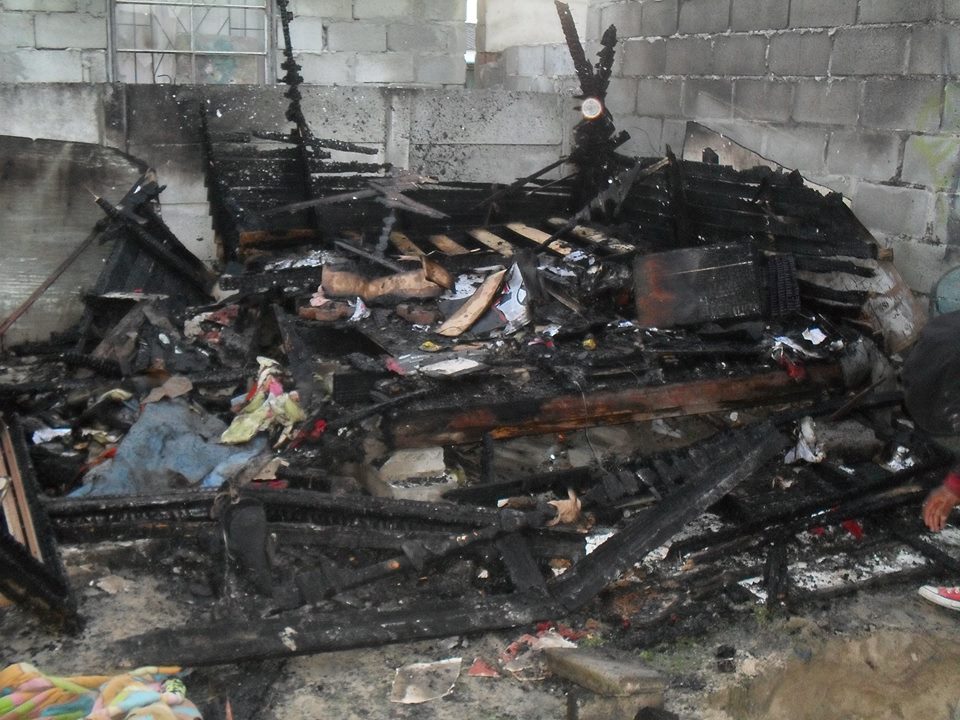 Also last week, Mawethu Gejies Mapotolo, a member of CHOSA’s creative artist collective Soundz of the South, came home to his small home to find it burned to a crisp. Gejies lost everything he owned as well.

CHOSA has helped with a few clothes and bedding for Gejies and the QQ Section victims, just as we did with previous fire victims.

These fires – which destroy the lives of thousands of people in Cape Town every year – are easily preventable. The basic steps to ending the shack fire epidemic would be the immediate electrification of all shacks in the city.

Cape Town is one of the most segregated and spatially unequal cities in the world. The redistribution of land and their upgrading into formal settlements would go even farther towards keeping people’s homes and property safe and secure.

Local and national land and housing policy, though, refuses to take the basic necessary steps to stop shack fires. The government often refuses to electrify people’s homes claiming their living condition to be “temporary” – yet in places like QQ Section they have lived there for over 20 years. The government also refuses to redistribute urban land in the City despite the problem’s roots being in the mass dispossession of blacks during colonialism and apartheid.

As Cape Town and other South African cities grow more and more segregated and unequal, the scourge of shack fires will continue. This merely means that poor people will remain vulnerable.

For some photographs of the QQ Section community rebuilding their homes, click here.

For more information on shack fires, see this important report by Abahlali baseMjondolo.