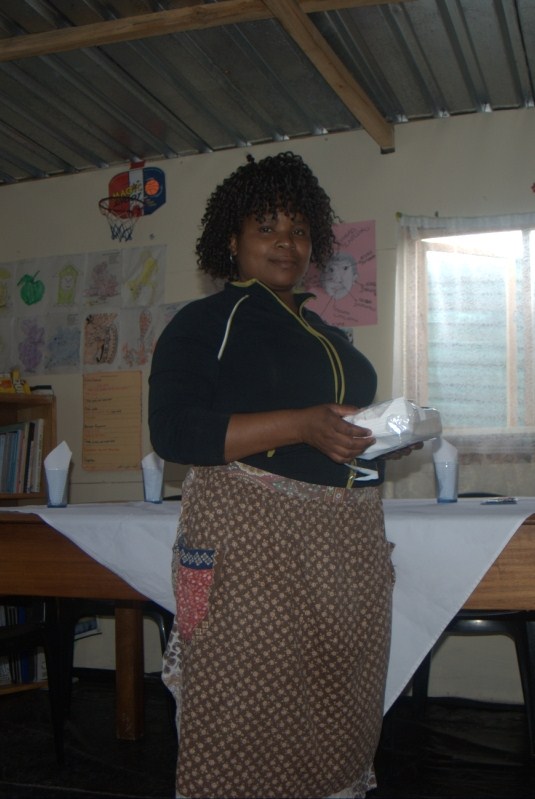 Zukie Mabuya is CHOSA’s Community Coordinator alongside Jared Sacks, and has been working with CHOSA for three years. Born and raised in Port Elizabeth, she moved to Cape Town in 2000 to pursue higher education, and has been a community activist for as long as she can remember. She describes herself as someone who cannot sit idle when she witnesses injustice, but must speak up and act. In this article, she shares her experiences helping communities meet the needs of two special needs children.

This year, one of the teachers at Mandela Park Community Crèche approached me about one of the boys in their Grade R (Kindergarten) class, a six-year-old named Xhanti. Last year, when he was five years old, they noticed that he was a little bit different from the other children in his class, since he was not acting like a five year who was supposed to be in Grade R. Whenever they ask him to do something, he wouldn’t do it, or he would scream and shout at the teachers. I mentioned this to Jared, and after looking into the situation we determined that Xhanti has autism. Once we all knew what was wrong with him, I asked the teachers to get his mom to come to meet with me so that I could advise her on what to do. After meeting with her, we went together to Noluthando, a special school for children who are deaf, slow learners, who have special needs or have other learning disabilities.

When we went to Noluthando, we met with the social workers and the psychologist at the school. Together, we explained to Xhanti’s mother what was going on with her son. She seemed happy and satisfied to have this information, and they wrote a letter to the nearest clinic so that she can get permission to take Xhanti to Red Cross Children’s Hospital. The Red Cross Hospital will take it further and place him in a right school for his condition. Xhanti’s mom has also been invited to attend a workshop about his condition.

Like Xhanti, there is another child at Mandela Park with special needs, a three-year-old named Unam who was born with very short arms. Even though her arms were shorter than a 30cm meter ruler, she could do everything that the other kids were doing in the crèche, except when it was time to go to the bathroom. She couldn’t pull her pants down or up because her arms were too short to reach. Just like Xhanti’s mom, Unam’s mother went through the very same process where she was sent to the nearest clinic and then referred to the doctors at Red Cross Children’s Hospital so that she could get some artificial arms. Unam still goes to the crèche.

I have to thank the teachers for doing their job and observing these cases and helping where they can help. In both stories, what I take out of them and what I learned again from the community is that the spirit of Ubuntu is still there. Working together as a collective still means a lot to members of the community. It feels good knowing that I can help make a difference to someone else’s life because that will also make a difference to my life.