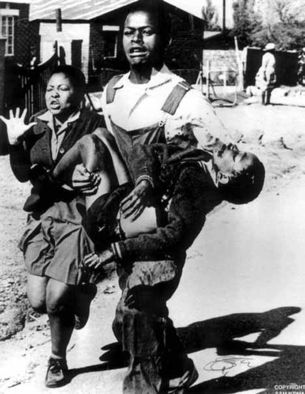 CHOSA staff member Solitude Dasie is passionate about the voices of South African youth being heard, and recognizes that we can never understand their experiences unless we hear from them. Below are his reflections on the country’s annual celebration of Youth Day, which took place last month.

The June 16, 1976 uprising took place at a time of extreme political repression displayed in many avenues by the apartheid government. Liberation movements were banned and many political activists (most of whom had left school at very young age) went into exile, fighting to join the armed struggle, all in hope to restore people’s dignity. Study groups, after school programs, sports clubs and even choirs were platforms that young people utilised; these were now the new home of the underground power in the community. An act of students who decided to defy their teachers and left a classroom on the morning of June 16 in ‘76 resulted to what became known as the ‘76 uprising, as this action resonated throughout the country. And I would argue that it is these study groups and other platforms that carried the energy and thought of rebellion.

Images of the brutality and violence against young people on this day (such as the iconic photo above) were screened all over the world and it spoke volumes to those observing the injustices of the time. As a result there was solidarity from other countries. Even those in exile got re-inspired by the courage of the young lions.

In the same light, I argue that those platforms are key to how the new South Africa facilitates its dialogue and development. CHOSA and organisations like Soundz of the South and Equal Education should continue to maintain the relevance of after school programs as platforms for grassroots democracy “from below”. Young people currently are faced with enormous challenges and it is important that they use the opportunities that arise as we look back on June 16 to draw inspiration from those generations. The recent images of the massacre in Marikana and displays of police brutality with the gunning down of Andries Tatane have taken us on a trip down memory lane. Is this a symbol that our past will always follow us? Or that we haven’t gone that far with liberation in South Africa after all?

Every year on the 16th of June we are reminded of the bravery and heroic acts that young people of the 1976 era showed, defying orders from the school system and the state. The images speak for themselves; I need not dwell on how severe and brutal the regime was towards those who stood against them.

37 years later, our government is highlighting drugs and alcohol abuse as the biggest threat to the future of today’s youth. I will not stand to argue against that; however, I would argue that it’s the easy way out that our government is taking in overlooking the bigger problems that are a bigger threat to the future of our youth. The education system is failing, it’s expensive and unemployment levels are high. Children are learning under trees because school structures are falling apart. Moreover, there is a big number of graduates who are sitting on their diplomas and degrees with no decent jobs available. You’ll find a lot of them serving drinks at clubs and bars because they can’t get the jobs their certificates qualify them for.

CHOSA and other organisations are working on closing this vast gap, to continue the work that the South African government is failing to do: opening platforms for the youth to tackle their issues and work towards a solution. The battle has been so intensified that it leads our youth to self destruction. Our government needs to learn that you don’t attempt to solve problems by tackling the branches of a tree when the problem is in the root.