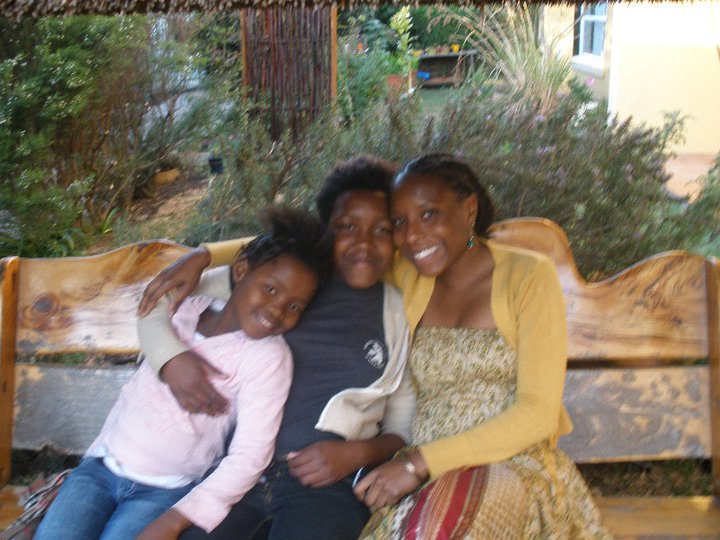 Brittanie with her Art for Africa children

As I sit here typing, frequently taking short breaks to scoop small portions of make-shift porridge into my mouth my heart and my mind are so full. These three days have really been eye opening and challenging for me. Last year I worked in a township called Cross Roads in Cape Town, South Africa as a missionary and the year before that served in Durban and Pietermaritzburg. During these experiences I was confronted with poverty and hunger everyday and it became a part of my everyday life. Therefore I was sensitive to it, it was real for me. I had an urgency in my heart that said this must end now! But I have been home in the States for almost a year now and only during this fast did I realize how far from my heart the poor and the hungry have actually become recently. Sadly, “the children of South Africa” and “the poor” have become phrases and people groups that I mention in prayer daily, but they have become more of just words I say than actual people with that all too recognizable longing in their eyes who are captive to hunger pangs, fatigue, inability to concentrate and the other consequences of hunger. They have become a group of people I reference in my mind instead of individuals who have captured my heart. This fast has caused me to remember their faces and the sound of their laughter and the love that pours forth from their hugs. Its also caused me to remember the desperate look on their faces each time I brought bread for them, the conversations about when the last time they had a meal was, and visiting their homes (usually tiny tin shacks) and staring at the empty cupoards and once again it has broken my heart. As I look over at the white tasteless goo that my tongue is so adamantly protesting against I think of my little precious ones in SA and remember them joyfully stuffing pap, or bread, or fruit or whatever I brought them into their mouths, down their throats, and quickly into their empty tummies. The thought about whether or not this is what they wanted to eat wasn’t even a question. The simple fact was they were hungry so they ate what was there, and they did so thankfully and joyfully.

I pray that memory never becomes filed away in my brain in the category of “things I just don’t think about” again. I pray that even tomorrow morning when I wake up and open my cupboard and choose out of my abundance which things I want to eat for breakfast that my heart stays where it is now- with my children, with all the children in South Africa and the nations of the world where the Pap and Porridge Fast is an everyday reality instead of a three day venture. I pray that my attitude towards food remains a thankful one instead of one of complacency and lack of appreciation. I want to be more like my children- joyful and overflowing with love even in the seemingly most hopeless situations.

I am so grateful to have been able to share in this experience and stand in solidarity with these precious ones. It brings my heart joy to know that organizations like CHOSA are working hard to make hunger in this beautiful nation a thing of the past. I’m excited for the great things God has for this nation, for CHOSA, and for the precious children they serve. May we stand alongside them and support them not only during these three days but throught the year as we are able. God bless,